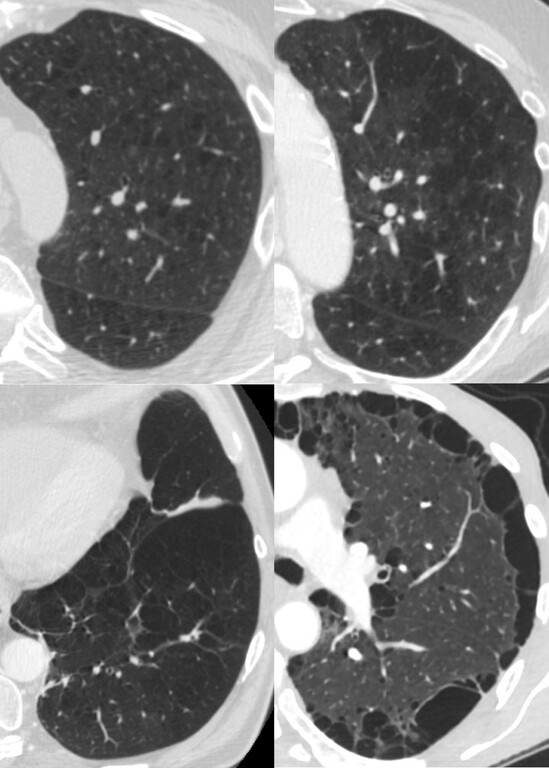 CT images of four patients with different types of emphysema. Fig. a depicts a centriacinar (centrilobular) emphysema with small rounded hypertransparent areas in the centre of a secondary lobule. As the disease progresses, these areas may become confluent and affect several secondary lobules; this is referred to as confluent centriacinar emphysema (b). Panacinar (panlobular) emphysema (c) is characterised by increased lucency in the entire secondary lobule with uniform destruction of all constituents and a markedly rarefied vascular tree. In paraseptal emphysema (d) the increased lucency is in the periphery of the secondary lobule, especially in the subpleural aspect; usually a thin wall corresponding to the interlobular septum can be seen. 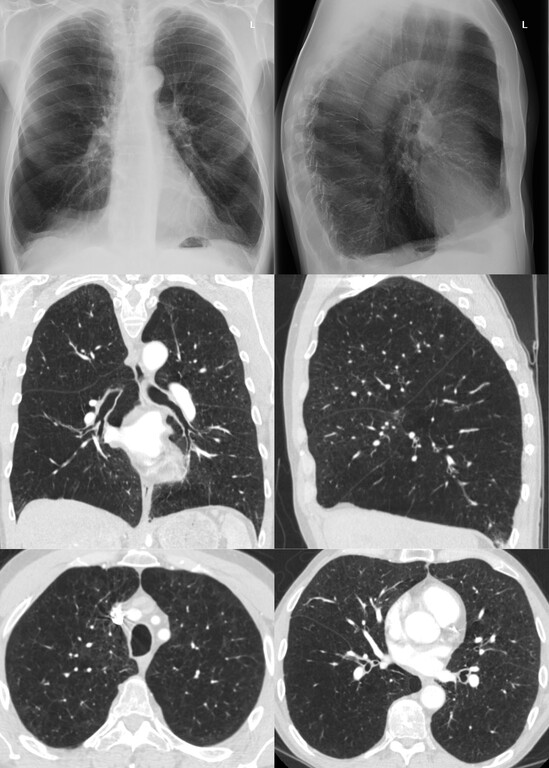 Radiograph and CT study of a 63-year-old patient with emphysema. The radiograph demonstrates hyperlucency of both lungs as well as the characteristic barrel chest with enlarged retrosternal space, increased thoracic diameter, horizontal ribs with increased intercostal distance and flattened, low diaphragmatic crest. The CT study reveals hypertransparent areas, which sometimes only affect the centre, but in part also the entire secondary lobule, representing a so-called confluent centriacinar (centrilobular) emphysema.