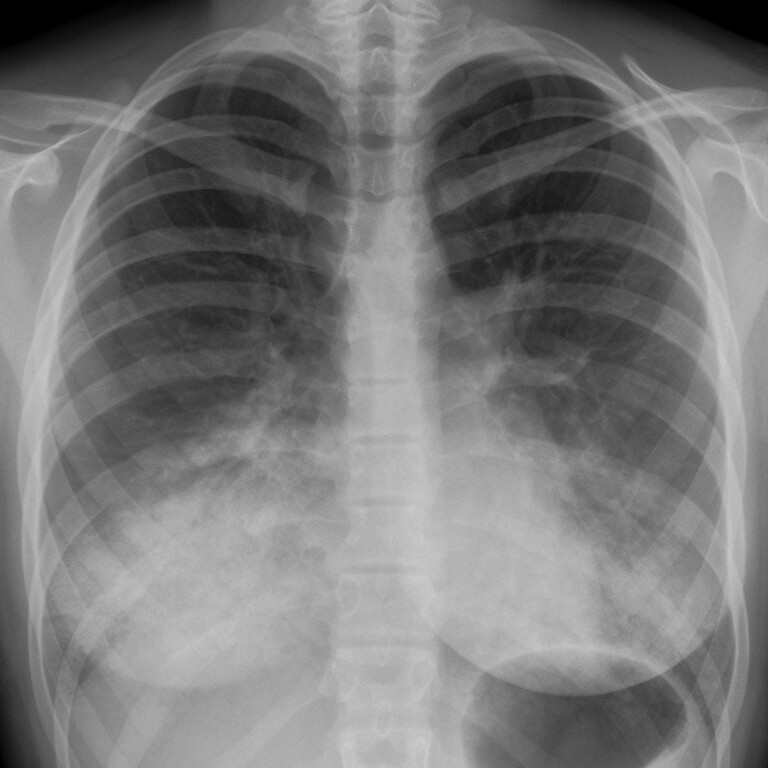 X-ray of a 15-year-old girl after insertion of a gastric tube. There are patchy, partly confluent posteroinferior opacities representing prior aspiration. 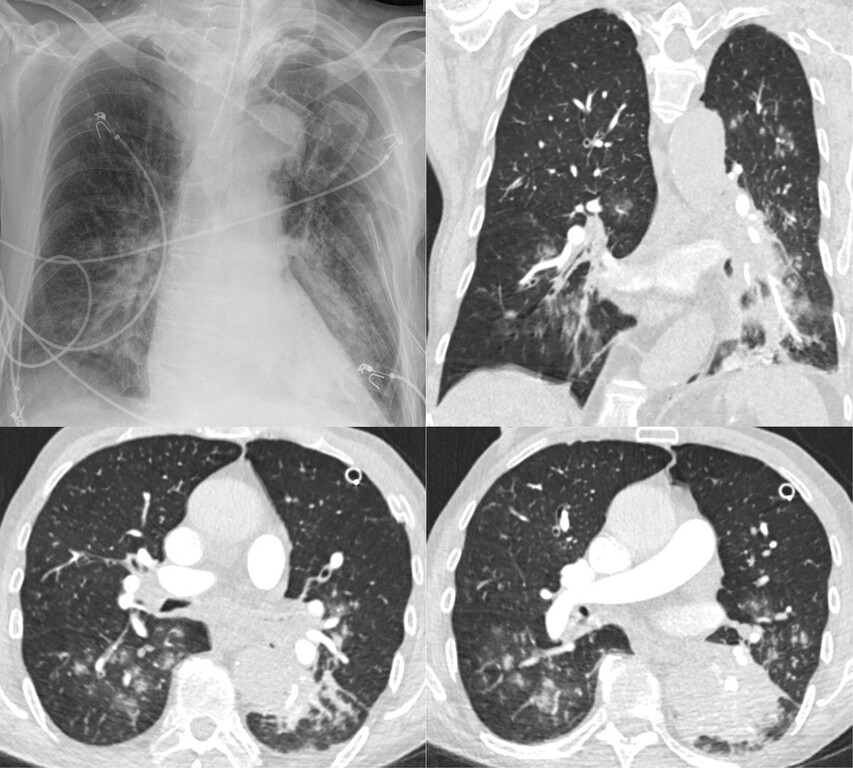 Radiograph and CT study of a 79-year old patient with aspiration pneumonia in posttraumatic impaired vigilance. The radiograph shows increased streaky peribronchial marking as well as retrocardiac opacities (a). In addition, the CT study reveals patchy peribronchial infiltrates in the right lower lobe of the lung and an extended infiltrate in the left lower lobe as aspiration sequelae (c, d). 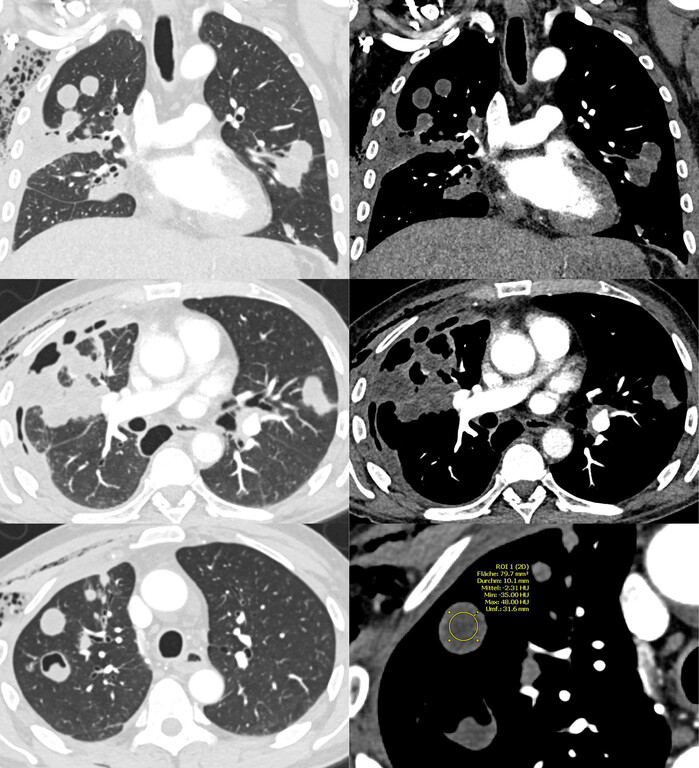 CT study of a 52-year old patient with lipoid pneumonia. During attempted suicide over a period of several weeks, the patient had repeatedly ingested charcoal lighter and in doing so had aspirated as well. There are oily aspirates in both lungs with adjacent inflammatory infiltrates. The negative density values are characteristic (f). Fistulation with the bronchial system often causes air crescents (e) and pneumothorax (c).