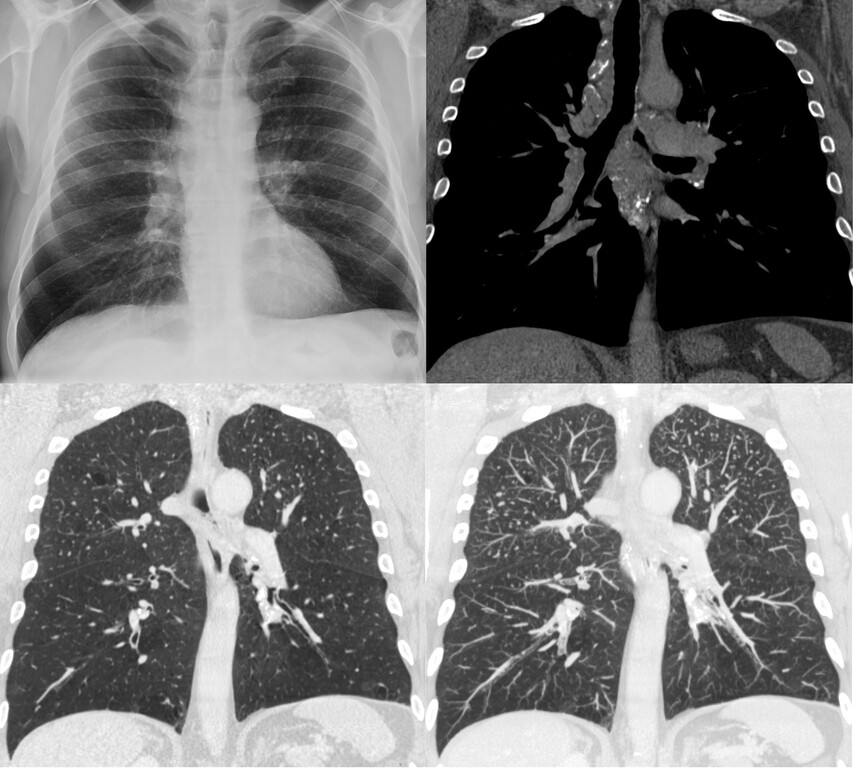 Radiograph and CT study of a 56-year-old patient with silicosis. The radiograph reveals discrete nodular changes in the upper pulmonary fields as well as increased and noticeably dense hilar and mediastinal lymph nodes. The CT study demonstrates lymph nodes with calcifications, especially in the peripheral aspects (eggshell-like). Evidence of numerous small nodules in the upper lobes of the lungs, particularly apparent in the MIP (d). 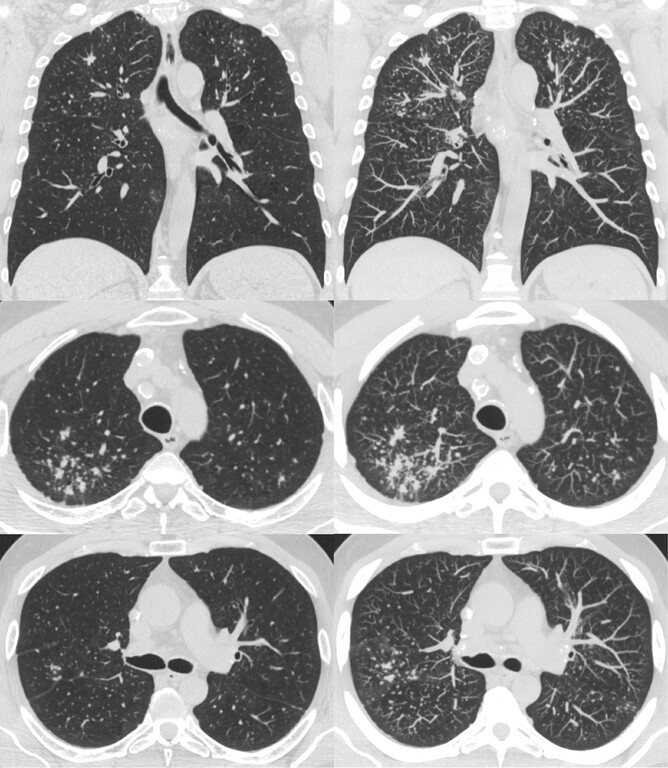 Radiograph and CT study of a 48-year-old patient with silicosis. Numerous nodules in both upper lung lobes with perilymphatic distribution (peribronchovascular, on the fissure). The nodules are beginning to confluent to small masses (c, d).