CT in a 17-year-old male after a fall. The trauma has caused a small pneumothorax accompanied by interstitial emphysema. The air collections are distributed linearly along the interlobar septa. If the density of the lung parenchyma is not increased, as in this case, the air collections are very poorly defined. 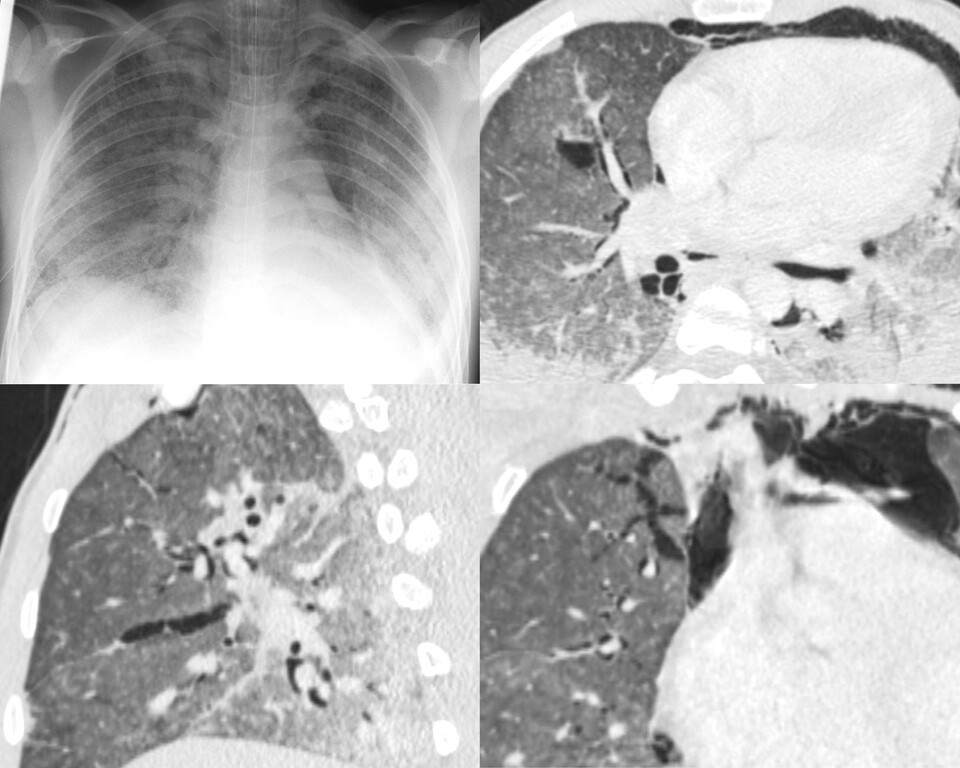 Radiograph and CT in a 16-year-old male with severe pneumonia and ARDS who developed interstitial emphysema while on positive-pressure ventilation. Chest radiograph shows diffuse hazy lung opacity with linear lucencies that represent air collections in the interstitium. CT clearly defines these air collections against the abnormally increased opacity of the lung parenchyma and localizes them to the axial interstitium along the peribronchovascular bundle (b, c) and interlobar septa (d). Marked mediastinal emphysema is also present.